Why did you get into ophthalmology?

My answer to this question has changed.  Cardinal Newman said, “To live is to change, and to be perfect is to have changed often.”  The reasons I got into ophthalmology were those of a young man -- financial reward, security, and prestige.  Like most of life’s rewards, these things are greater in the wanting than they are in the having.  What I found along the way and discounted -- the thanks of patients, the shared reward of teams doing good things well, personal engagement, and the realization that miracles  with people who put their trust in me and the fear of not being worhthy followed by the realization that the trust is the engagement that we all need to trust someone and that to be trustworthy one needs only to work for the relief of someone else’s suffering.  Those are worthy explanations.   I thank God for leading me into ophthalmology and for changing me into someone who recognizes how lucky I am. 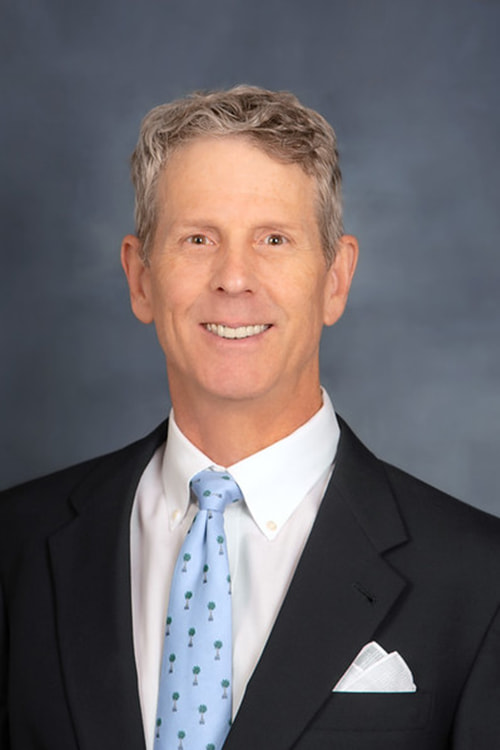 He believes that medicine is a matter for both brain and heart.  He has performed surgery during mission work in the Dominican Republic.  He volunteered, both as a general physician and an ophthalmologist, for twenty-eight years at the local free medical clinic.  He did so because someone asked him to.  He became a member of the clinic’s board for the same reason.  Later, as chairman of the board, he asked others to help.  One of the people who said yes later bequeathed a large amount of money to the clinic.  Just as impressive were the words he said: “Our finite possessions become infinite treasures simply because we give them away.”

Other roles — church elder, board member at a local public charter school, delegate and committee chair for the South Carolina Medical Association, president of the South Carolina Society of Ophthalmology, advisor to members of the  U.S. House of Representatives, and representative for the American Academy of Ophthalmology in Washington — were instances of saying yes instead of no.

He is an inveterate student and hobbyist.  Favorite subjects include : God’s love of man (proof of the divine); psychology (the borderland between what we know and what we don’t know); golf (the borderland between frustration and hope); mindfulness; writing (four years as a newspaper columnist and twenty on as a never-to-be-published novelist), travel; old cars (to appreciate, not to own); his wife of thirty years (to have and to hold); and his two adult children — both able to handle their own problems but occasionally asking for advice.

He chooses curiosity over comfort, relying ever more on the love and example of Christ to renew his strength, run without weariness, and guide his care of those entrusted to him.